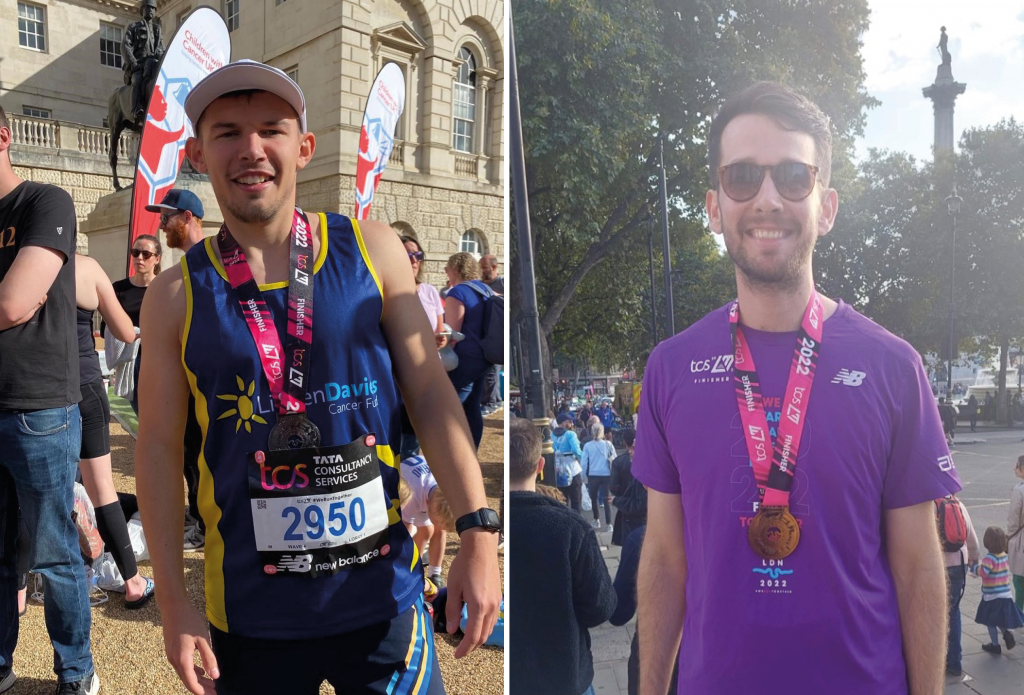 On Sunday 2nd October, two of Aico’s colleagues joined an inspirational team of 10 runners to complete the London Marathon in support of a local charity, Lingen Davies Cancer Fund. The team have already gone above and beyond the expected fundraising target with donations still coming in.

The invaluable donations from the Lingen Davies runners will support the charity in delivering the essential work they carry out for cancer patients from Shropshire, Telford and Wrekin, and Mid Wales. The funds will be used to purchase additional equipment for the cancer unit at the Royal Shrewsbury Hospital, invest in community-based projects and collaborate with other organisations that help those who have been impacted by cancer.

Matt Powell, Marketing Executive at Aico, trained for eight months and organised a variety of fundraising intiaitives to support the cause, from pub quizzes to a raffle prize draw, raising a total of £2,449 for the charity. Matt says of the experience,  “I have always wanted to run the London Marathon, and this year I was lucky enough for Lingen Davies to trust me with one of their places. The months of training could not prepare me for how electric the crowd were on the day. This was easily one of the hardest things I have ever done, but the feeling of crossing the finish line was amazing! A massive thanks to all my friends, family and colleagues for all their help and donations.”

Oliver Barlow, Regional Specification Manager at Aico, also completed the 26.2-mile course in an impressive four hours and ten minutes and raised £1,530 for Lingen Davies. Oliver comments, “I’ve always wanted to complete a marathon and being able to do it whilst also raising money for Lingen Davies was the perfect opportunity. The London Marathon was bigger and better than I had imagined. The crowds were amazing with support and encouragement every step of the way. Being able to run past all of the famous landmarks was a useful distraction from the pain in my legs as well. Crossing the finish line filled me with an overwhelming sense of achievement, and I can now happily say I’ve completed a marathon. Thank you once again to Lingen Davies for trusting me with one of their spaces, it was an honour.”

Aico frequently supports Lingen Davies Cancer Fund through its corporate social responsibility programme, Aico in the Community. Through their continued and growing relationship, Lingen Davies has presented Aico colleagues with the opportunity to participate in the London Marathon in support of the charity for two consecutive years, which they were delighted to accept.