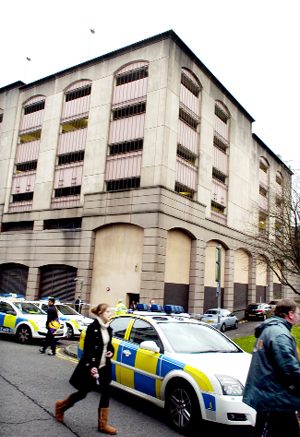 THE woman who plunged 90ft to her death at the Mall in Blackburn had lost a custody battle for her daughter just hours before, it has emerged.

The 32-year-old had been to Blackburn County Court for a care proceedings hearing on Thursday morning.

She lost custody of her teenage daughter, who the court decided would remain in the care of Lancashire County Council Social Services until she was 16.

Shortly after the decision, the woman, who has not been named and was from Preston, went to the top of the Mall’s multi-storey car park and sat with her legs dangling over the edge.

Police were called at 12.15pm and a cordon was set up around Ainsworth Street.

Despite two hours of negotiations with trained officers, she fell to her death in front of crowds of shoppers and council workers.

Police are treating the incident as suicide.

A file has been passed to the coroner and a post mortem examination was due to be held yesterday.