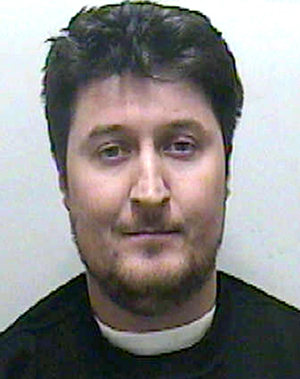 A man who attempted to cut out the heart of his mother has been sentenced to an indefinite hospital order for her manslaughter.

Mentally-ill Kieran Gallagher, 32, thought he had strangled Bernadette Gallagher, 51, at her home in Bamber Bridge before he mutilated her.

However, Preston Crown Court heard she was unconscious and probably alive when he used a kitchen knife to try to rip her heart out but instead removed her left lung.

Gallagher, of Whitworth Street, Manchester, was suffering from paranoid schizophrenia with a belief that his mother was persecuting him when he launched the vicious attack.

Dennis Watson QC told the court that days before the incident the victim phoned her sister to say she had been told that Gallagher had slashed his wrists.

The pair took him to Manchester Royal Infirmary for treatment but Gallagher ignored a doctor’s advice to stay in, after he denied he had further thoughts of self harm.

He was referred to mental health services and assessed, where he denied he had hallucinations or had symptoms of paranoia.

The court heard he had a history of self harm and of inflicting significant violence on others.

Mrs Gallagher was last seen alive by a neighbour at about 5pm on April 10 this year.

It emerged the defendant rang his aunt some time after and asked for advice on what he should do “if he had done something sinful”.

He was told to ring a prayer phoneline, and confessed his crime.

Police found Mrs Gallagher’s body by her sofa at her home in Riverside on April 11.

The court heard she had an “obvious” gaping wound to her abdomen and a knife was embedded in her chest cavity.

A post-mortem showed she died from multiple stab wounds and had suffered a 6cm stab wound to her right breast and an 12cm incision to her lower chest.

Her heart was in situ but in pieces and she also suffered gross disfigurement to her eye sockets.

Mr Watson said: “When arrested he said ‘am I going to see a doctor?’.

“He gave a full account of what he had done in his interviews.

“He told the police he had killed his mother by strangling her because she was controlling and manipulative, and they had quarrelled.”

Gallagher went out to a local supermarket to buy alcohol and a mobile phone shortly after the killing.

He pleaded guilty to manslaughter on the grounds of diminished responsibility at an earlier hearing.

Alan Wolstenholme, defending, said his client had experienced a “marked improvement” in his mental stability since his transfer from prison to Ashworth Hospital in Liverpool where he is being treated.

He was now able to express his “profound regret” for his actions, he added.

Sentencing, Judge Anthony Russell QC said: “The ordeal to which you subjected your mother was a truly terrible one.

“No-one will be surprised to learn you are very seriously ill.

“The evidence is that you will remain ill and will continue to remain in need of treatment for at least a very long time and probably for the whole of your life.”

He added Gallagher would not be released without very careful consideration of his case.