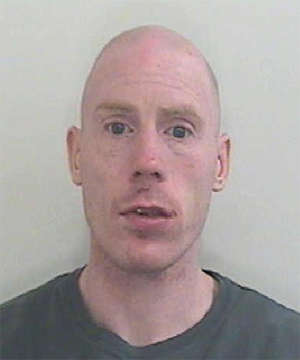 A MAN has today been jailed for eight years for a series of robberies in Chorley and Preston.

Stuart Cheetham, 33, of no fixed address, was given the prison sentence when he appeared at Lancaster Crown Court.

He had pleaded guilty to three counts of armed robbery in March this year.

On March 1, Cheetham threatened a man with a knife and demanded his money on Lennon Street car park in Chorley.

He assaulted the victim and stole his bank card.

He tried unsuccessfully to withdraw money from a cash point with the victim’s bank card before threatening a woman and her 15-year-old son at the same cash point and stealing her purse and bank card.

On 9 March he threatened a member of staff at Aldi supermarket on Deepdale Retail Park with a knife and demanded that the till was opened.

He stole around £500 in cash from the store before running away.

Officers traced Cheetham to an address in Preston where he was arrested on March 10.

Det Insp Paul Rudd said: “This was a terrifying ordeal for the victims concerned.

“They were very serious offences that could have resulted in someone being seriously injured.

“Thankfully these types of offences are rare but we take them very seriously and are committed to investigating them thoroughly.

“I am happy with the sentence given and it should send a clear message that violent offences will simply not be tolerated.”

Cheetham must serve four years before he is eligible to apply for parole.

One other count of robbery, which relates to an incident at the Spar shop on Plungington Road in Preston on March 6, will lie on file.