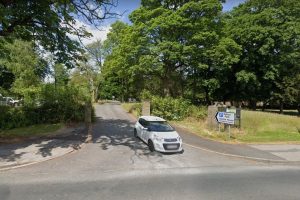 Century-old drains in one of Preston’s flagship parks are set to be replaced in an attempt to ensure the facility remains accessible during the wettest months of the year – and to stave off the threat of flooding posed to the properties that surround it.

A Preston City Council cabinet meeting on Wednesday evening heard that the incident had sparked concern from neighbouring residents who feared that they were “very close to water entering their houses”.

Papers presented to the meeting revealed that a subsequent assessment of the drainage system had found that it had “degraded and is unable to cope with and remove rainfall from the site”.

Members gave the go-ahead to £25,000 worth of work to replace the main drain running beneath the park and regulate the rate of surface water run-off.

It is hoped that the upgrade will better protect a row of dwellings which border the park along Blackpool Road.

Cabinet member for environment and community safety Robert Boswell, said that the work was also necessary to make the park a welcoming place during winter.

“There is a path in Ashton Park that was used quite extensively during lockdown – and that floods as well.

“If you can’t get around the park because part of the circular route is flooded, it will clearly put people off [visiting].

“[The drainage system] is Victorian, so it’s a tribute to the skill of our forefathers [that it has lasted so long] – but it is now near kaput and the heavy rain has caused a lot of issues for people living nearby.

“I’ve not heard any complaints about [actual] flooding, but…the potential is there and it must be quite worrying for the residents [close to] that stretch of Ashton Park. And it’s not just about properties, it could be gardens flooded as well,” Cllr Boswell added.

He said that the remedial work had been deemed urgent and would begin “as quickly as possible”.

According to the cabinet papers, the scheme will see the installation of surface water gullies at regular distances along the footpath which runs behind the houses on Blackpool Road.