Looking for something to do in Preston? Whether you're a local, new in town or just cruising through we've got loads of great tips and events to offer. Find out what’s on in Preston with our regularly updated events calendar featuring the best upcoming events in Preston and the area.

This guide lists events at a glance, showing what’s on each month. See the highlights of What’s On for Preston, featuring the best of things to do in Preston – Live Music and Gigs, Family Events, Art & Culture, Food & Drink and much more. Preston fundraisers and charity events. 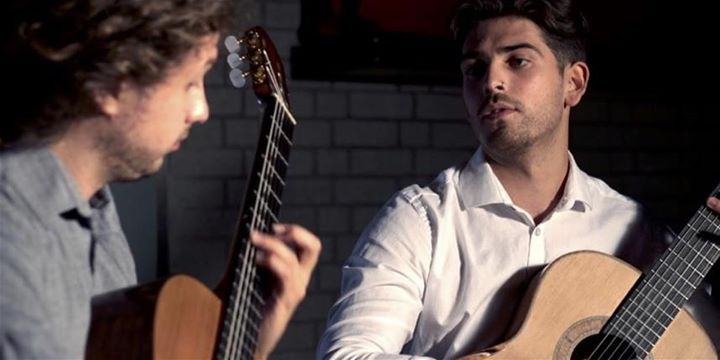 The Chuva Guitar Duo was founded in 2018 by Manchester-based guitarists Rafael Onyett and Borna Kuca. The duo studied at the Royal Northern College of Music under the tutelage of the internationally renowned classical guitarist Craig Ogden. Since commencing their studies at the college, the duo have performed across the UK, at venues including the Bury Parish Church, Instituto Cervantes and the Royal Northern College of Music.

Meet The Chuva Guitar Duo…
Rafael Onyett started playing the guitar at the age of 8 in his hometown of Leeds, Yorkshire. His initial studies were on the electric guitar and by the age of the 13 Rafael had performed with a variety of bands in some of Leeds’ most famous venues including The Cockpit , and the 02 Academy. In 2015 Rafael won a coveted place at the prestigious Royal Northern College of Music (RNCM) in Manchester studying with renowned teacher and performer Craig Ogden. During his time at college Rafael has performed in a variety of masterclasses with world-class guitarists including Zoran Dukic, Peter Katona, Julian Byzantine and Stephen Goss. Rafael is a highly sought after performer on the RNCM’s External Concerts list and has given performances as a soloist throughout the UK. Recently, Rafael Onyett won a highly coveted Postgraduate Award from Help Musicians UK, and further support from the Ian Spencer Fox Guitar Bursary to assist funding his Masters degree at the RNCM.

Borna Kuca was born in 1995 in Varazdin, Croatia. Inspired by his father, he started playing classical guitar at the age of nine at the Varazdin School of Music with Moreno Vincekovi . He subsequently gained considerable experience as a soloist and chamber musician after participating in a number of music competitions in Croatia, Slovenia, Italy and Serbia where he won first and second prizes, both as a soloist and as a part of the guitar duo. He took masterclasses with many renowned classical guitarists such as Martin Mysliveek, Istvar Roemer, Ante agalj, Boris Tei, Maroje Bri, Darko Karaji, Xhevdet Sahatxhij, Christian Haimel. In 2013 Borna performed “Tango en Skai” by Roland Dyens as a classical guitar soloist with Varazdin Chamber Orchestra. In 2019, Borna graduated from the Royal Northern College of Music under the tutelage of Craig Ogden.

Access
-Please note that this is a seated show
-This is a step-free venue with an accessible toilet
-If you need more access information or space for a wheelchair, please contact us before the event.
Tickets also available from the Harris shop (no booking fee applies).

If you have an event, that you would like to be featured on our Events Calendar, please visit Free Event Listing.